The goal of the Plain Bicycle project is cities full of people full of joy. Our specific area of focus is a type of bicycle used by the majority of 4M Dutch people who cycle on any given day. We demonstrate that the same appetite for cycling exists here. We demonstrate that people can ride regular bikes in regular clothes on streets redesigned to make cycling safer. We help grow the market for this type of bicycle in Winnipeg and in North America. We hope to dismantle barriers and spread this secret to a sustainable transportation culture everywhere

What makes the project unique is the shipping containers filled with well-used and well-loved bicycles sent from the Netherlands to Winnipeg, that have been repaired and distributed to new owners. We have now done two shipments, bringing a total of 684 used bicycles over, most of which are now on the road somewhere. 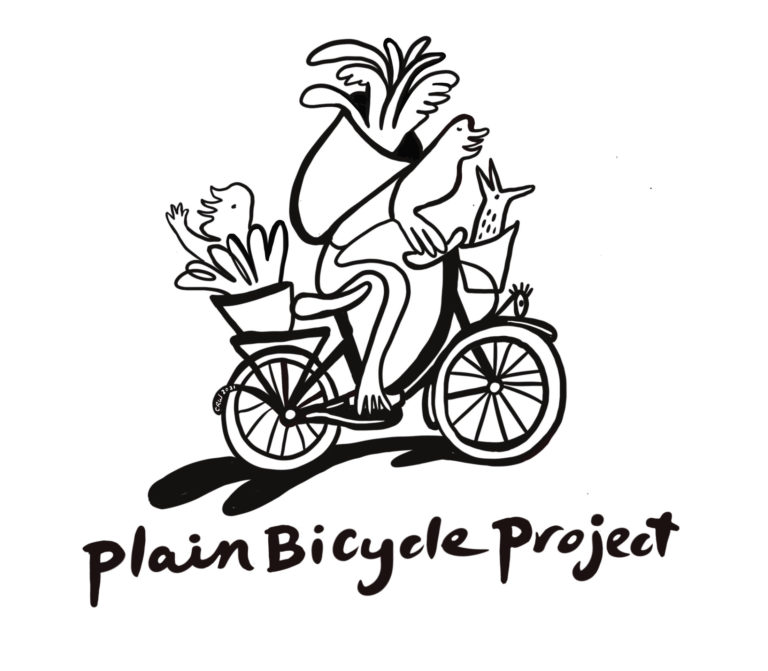 At the beginning of May 2020 our third shipment of bikes arrived faster than ever before, and in the midst of a global pandemic. As a response to this we offered bicycles to those most impacted by the change in transportation for three months. We were grateful with how quickly our province responded to the pandemic, and by the end of May we were able to have our first socially distanced pick-up party. Although is was kept small, and a schedule was implemented to maintain separation, we had an amazing time meeting everyone and held two more in June. While we still have over 150 bikes to fix, we are excited to announce our summer pop-up shop where we will have a bunch of bikes, parts and accessories for you to come see. As of today, July 20 2020, our parts have not yet arrived, but are expected next week. Stay tuned for more Bicycle Garden updates! (ps, get ready to party..)

July 14, 2020 – Bikes are going out to their owners. We continue to work on used bikes. We are also waiting on a shipment of new bikes and accessories now available for purchase online. Used bikes still available.

April 30, 2020: we are fixing up the bikes, working out a few more logistics and distributing to new owners as fast as we can. If you’re reading this and haven’t got your bike yet – harness your patience and use your time to write a letter to your councillor and mp asking for cycling infrastructure.

April 26, 2020: Word has come unexpectedly quick that the container is on a train to Winnipeg and arriving this week. Doesn’t matter how many times we do this we scramble to figure out where 250 bikes will live and how we will unload them in a matter of 2 hours.

March 28, 2020: Tayla and Torrin, with the help of Martin, Herbert and crew pack up a container in record time, sign some papers and say good bye.

March 21, 2020: for the last couple weeks two members of our team have been sorting through 100s of used bicycles in Utrecht preparing to pack another shipping container.

August 15: Pickup party success. 95% of the bikes available are in the hands of their new owners. Look for them on the streets of Winnipeg. What a wonderful night it was! Were you on vacation or missed the emails? No worries, additional info regarding alternate pickup arrangements is coming. @everyone: The shipment of ring locks that is overdue has been further delayed due to Customs inspection in Montreal. When it arrives we’ll send an email with instructions to pickup from Joe and Lily’s coffee shop.August 7: OK! We’re ready. Check your email August 7th for pickup info.
Late July: We are repairing bikes as fast as humanly possible.
Early July: As part of a work trade with Natural Cycle, (and the project mandate of sharing the mantra of every day biking with as many people as possible) a few dozen  of the first bicycles to be repaired will be available for rent at Winnipeg Folk Fest (don’t worry, your “baby” has already spent decades on the streets of Utrecht . . . another ride with a stranger won’t hurt)
Late-June: Winnipeg Trails staff return from Europe and begin repairing. The 2019 shipment of USED bikes is sold out.
Mid-June: Container of un-repaired bicycle arrives on a train in Winnipeg, clears customs and is delivered by truck a few days later!!! Unloaded in “secret” warehouse. A parts order is placed.
Late-June – Lock out at the Port of Vancouver causes delay but settles quickly.
Mid-May – Due to a backlog in Montreal, the ship is routed through the Panama Canal and the Port of Vancouver (?!)
May – Shipping container departs Utrecht for Rotterdam harbour.
Mid-April +100 people have put down a deposit and signed up.
April – We’re doing it again! This time its happening MUCH faster! Ordering opened. Winnipeg Trails staff teaching in Europe (Dan and Jenny) volunteer to make it happen. Shipping container packed and closed. Paperwork complete. Now we wait.

Update April 12th 2019: Round 2, this time, boots are on the ground. Let’s do this…again! Link to sign up sent to waiting list. Remaining room in container open to public Wednesday April 17th.

Here was the result from the most important question:

Update July 2017:  Limited numbers may still be available. We also may be willing to do another shipment AND IT may happen in future…. If you want a bike or would like us to try and do it again, SIGN UP  TO THE WAITING LIST and stay tuned. We’ll reach out to you with more info.

Update as of November 2016. We are going for it! We are close enough to our goal of 100 that we are making formal plans to go to the Netherlands this winter and put a shipment together.Worse comes to worse, the main organizers will cover the extra shipping on the non-sold bikes. As of writing this post though, we are at a solid 76 lucky people, and we are confident of getting close enough to call it. The signup (which includes the holidays) and to figure out some options. (Anyone need 100lbs of Gouda real bad?? Anyone own a company that wants a dozen for their employees?. People have until just about the day the shipping container is loaded to sign up. If you are already signed up, stay patient. It will be months yet and still not an easy task. You can follow progress on Twitter. If you are still a last minute type of person, we’ll keep the signup page until the last possible moment, but you won’t necessarily get any notice. From then until now, we’ll be calling all those friends who said “oh yeah i’ll get one, where do I pay again? when i get my next cheque.” We also have a bunch of cargo bike requests that hopefully we can help with on a case by case basis. Keep ’em coming. The more the merrier. No promises. Extra room in the container and availability will of course put a limit on for those ones.  Thanks so much to Trevor, Kaj, Sandy and everyone over at CBC’s Now Or Never for the radio spot and for helping us raise awareness.***